It is estimated that currently 50 million households in the European Union (EU) live in energy poverty and experience inadequate levels of essential energy services.1 The COVID-19 pandemic is likely to have aggravated this situation further as, in addition to financial constraints, lockdowns have led to an increase in energy consumption due to more time spent at home and the rise of home office as well as e-learning practices. The aim of this policy brief is to provide an overview of the extent to which energy poverty affects the EU and how it is currently addressed by the Member States (MS).

Table 1: Definitions and indicator adopted by the MS on energy poverty

While there is a consensus on the necessity for a common assessment approach to improve the understanding on energy poverty, most MS have not established a methodology to quantify energy poverty. To support the measurement and monitoring of energy poverty, the EU Energy Poverty Observatory (EPOV) was launched in 2018. The EPOV acknowledges energy poverty as a multidimensional phenomenon and developed a set of four primary indicators to assess it3:

Figure 2: Share of the population unable to keep their home adequately warm 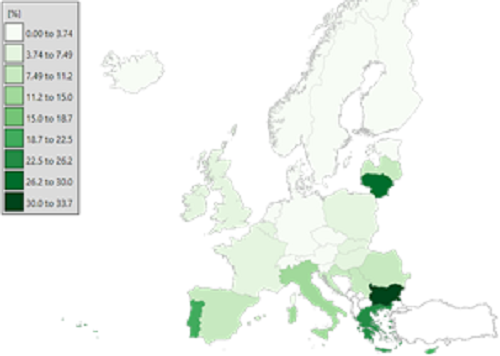 Similarly, on average 6.2% of the EU reports arrears on their utility bills. In Greece that share is the highest in the EU with 32.5% of the population, followed by Bulgaria with 27.6%; the lowest in the EU is the Netherlands with 1.5%. A closer look at energy expenditure shows that 15.5% of EU households spend more than twice the national median share on energy and, according to EPOV4, by this can be considered energy poor. Those households’ dwellings are likely to be non-refurbished, have poor insulation and low energy efficiency. This is particularly relevant in the EU, where half of Europe’s housing stock was built pre-1970 and the annual renovation rate is below 1%. As a result, 75% of the current building stock is energy inefficient. On the other hand, also abnormally low energy expenditures can be an indication for energy poverty. While those can be an implication for high energy efficiency standards, it might also be a sign for households, which dangerously under-consume energy. In total, 14.6% of EU households report energy expenditures below half the national median and thus, have abnormally low expenditures on energy. Those households restrict their energy consumption below what is necessary due to the inability to pay their energy bills. Although energy poverty is not limited to low-income households, Figure 3 shows that it mainly affects the lower income deciles in the EU.

Figure 3: Share of households in energy poverty by income 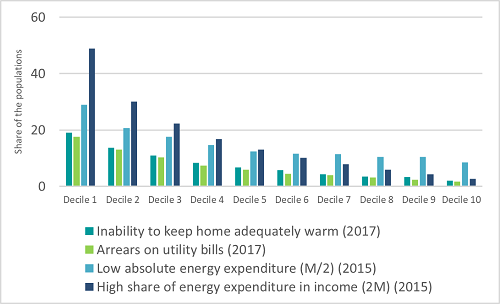 The main EU legislation to address energy poverty is the ‘Clean energy for all Europeans package’.5 The package contains several measures on energy poverty, which aim to protect vulnerable consumers and to encourage energy efficiency investments. According to Article 29 of the revised Electricity Directive((EU) 2019/944), the MS are obliged to monitor the number of households living in energy poverty and regularly report those numbers to the European Commission. Furthermore, Article 7 of the revised Energy Efficiency Directive (2012/27/EU) and its amendment (2018/2002) requests the MS to ensure that a share of the energy efficiency measures prioritizes energy poor households. Finally, the Governance Regulation requires the MS to outline national measures and actions that contribute the alleviation of energy poverty in the long-term. In addition, they are supposed to set national targets on energy poverty and include the respective policies and measures to reach this target in their NECPs.

Apart from legislation, the EU supports the MS through additional tools.6 As part of the ‘European Pillar of Social Rights’7 the EU officially declared energy as an essential service that everyone is entitled to access. The EPOV constitutes a platform for the exchange of knowledge and best practices on energy poverty. Through the ‘Renovation Wave for Europe’8 the EU aims to provide support by improving the conditions of private and public buildings. Finally, the European Commission also plans to launch the ‘Affordable Housing Initiative’9 to offer technical support for social housing projects.

The effort of the MS

Due to the subsidiarity principle, most public policies on energy poverty are decided by the MS on the national, regional, or local level. The EPOV assessed the extent to which energy poverty was considered in the NECPs based on 13 criteria, such as recognition and definition of energy poverty or the type and number of measures taken to address it.10 The map below shows the performance of the MS on a scale from 0 to 26, whereby a score of 26 means the country fully meets the 13 criteria and has fully incorporated the issue of energy poverty in their NECP.

Figure 4: Assessment of energy poverty in the NECPs 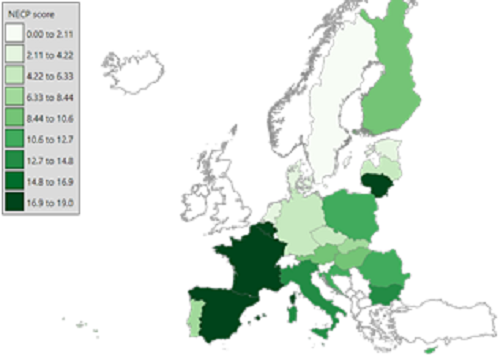 The assessment shows that most countries lack a clear definition and fail to present specific targets, measures and resources to address energy poverty. No MS fully meets all criteria as established by the EPOV. The highest-ranking country is Belgium with a score of 19 out of 26. Spain, France, and Lithuania follow closely, but exhibit significant deficiencies regarding the presentation of financing models to address energy poverty, effective regional and local inclusion, or the consideration of energy poverty in market regulations. On the other side of the ranking are countries like Sweden, Denmark, Germany, and the Netherlands, where the number of households being unable to keep their homes adequately warm is below 3%. Those countries and several other northern European countries tend to treat energy poverty as part of general poverty. This means that energy poverty constitutes a social issue and not an energy policy concern. Consequently, energy poverty is predominantly addressed with social policies like income assistance or direct support via (in part) payment of energy bills. While those measures are palliative and provide short-term relief to households, they fail to solve the root cause of energy poverty in the long-term. The opposite of the palliative approach is the preventive approach to energy poverty, whereby the measures predominantly aim to improve the poor performance of buildings and appliances. In this case, energy poverty is treated as part of energy policies, and mainly reduced through investments in energy efficiency.

Table 2: Overview of the MS with energy efficiency policies on energy poverty

The table shows that most energy policies on energy poverty are not targeted, but rather contain components addressing energy poverty. Common measures in this context are subsidies for energy efficiency improvements in buildings. Energy poor households can apply and benefit from those subsidies, but they are not the exclusive target group for those measures. An example for this is the ‘Aids Program for Energy Retrofit of Existing Buildings’ (PREE) in Spain, where higher support is allocated to building projects that house vulnerable households. Besides financial support, the MS also use mandatory standards, general programms and other measures such as information campaigns to combat energy poverty (see Figure 5). 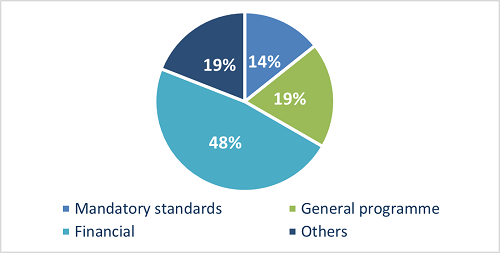 What more can be done?

The assessment of the NECPs by the EPOV showed that only 9 out of the 27 Member currently provide an official definition of energy poverty. However, a clear definition is necessary to identify households experiencing energy poverty and design the policies accordingly. As socioeconomic factors, climate conditions and the structure of the energy market differ across the EU, it is necessary for MS to tailor their definitions to local circumstances. Otherwise, a one-fits-all definition might lead to inadequately targeted policies and consequently a failure to realize their intended purpose.

Half of the MS have not established explicit indicators to assess energy poverty. But even the indicators commonly used, such as the ones from EPOV, underestimate certain aspects of energy poverty like summer or transport poverty.12 For instance, in Bulgaria, Portugal, Malta and Greece between 35% to 50% of the population insist that their dwellings are not sufficiently cool in the summer. The demand for cooling is likely to increase in the future due to the impact of climate change on heatwaves. Numerous households also struggle to meet their mobility needs due limited access to public transport or affordability issues. A recent study showed the inclusion of transportation increases the energy poverty rate in France from 18% to 21%13. This is particularly relevant as CO2 prices and thus fuel prices are expected to further increase to protect the environment and combat climate change.

Energy poverty presents a concern to all MS

The assessment of the NECPs revealed that the countries with a less elaborated approach to energy poverty are also those countries with low numbers of energy poor households. However, it is a fallacy to assume that a low rate of energy poverty makes effective measures to tackle this issue less relevant. For instance, although only 2.5% of the population in Germany14 reported in 2019 that they were unable to keep their homes adequately warm, this still means that around 2 million people were suffering from cold conditions at home. 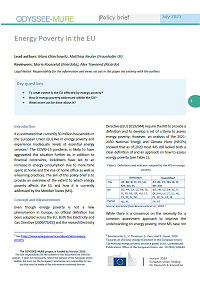