This policy brief analyses the relative importance of ‘activity’, ‘structural’ and ‘unit consumption’ effects on the variation of the industrial energy consumption in the EU since 2007, based on ODYSSEE data.

The economic crisis sparked by the global financial crisis of 2007-2008 has had an impact on gross domestic product (GDP), energy consumption and carbon dioxide (CO2) emissions.

To what extent is the decoupling of energy consump¬tion from economic growth due to an increase in energy efficiency or to a ‘structural effect’ (i.e. a change in the relative weights of the various industrial branches of industry)? This paper addresses this question based on ODYSSEE data2 and focuses on industry – the sector that has seen its energy consumption most affected by the crisis, as can be seen in Figure 2. 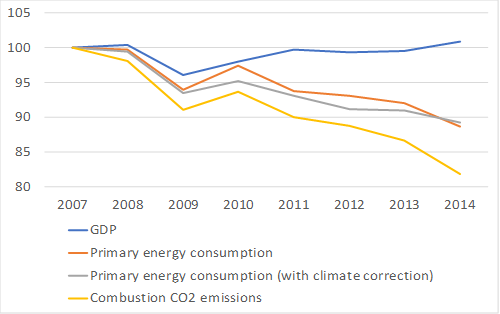 More specifically, the paper deals with the final energy consumption of the EU’s manufacturing industry, which amounted to 323 million tonnes of oil equivalent (Mtoe) in 2007. 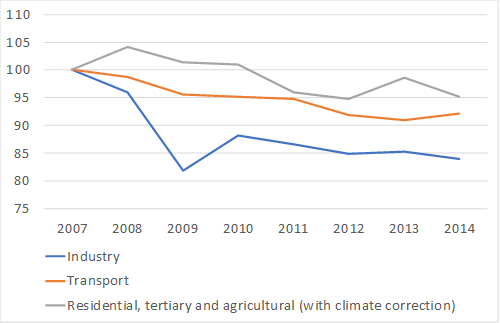 Figure 3 shows that the impact of the crisis varied across the different branches of industry. Some lost ground over the period 2007-2014 (non-metallic minerals, textiles and leather, primary metals, wood, ‘paper and printing’ and machinery). Others (chemicals, food and transport equipment industries) grew faster than the production index of manufacturing industries3, which denotes an evolution in the structure of industry. 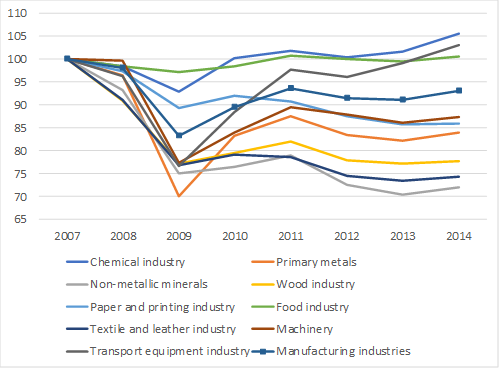 In the meantime, there is a large dispersion in the energy intensity4 levels across branches (Figure 4). Together with the difference in the evolution of the production by branch, this creates a structural effect in the evolution of the energy consumption, which may be either positive (increased consumption because of a shift towards more energy intensive branches) or negative (reduced consumption). 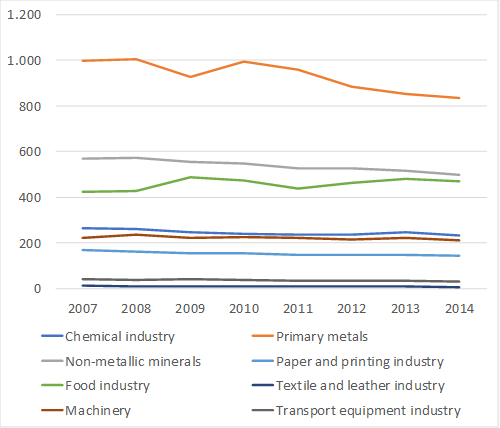 Unit consumptions (measured as a ratio of energy consumption to industrial production index) have generally decreased since 2007, with the notable exceptions of the wood industry, machinery, non-metallic minerals, and ‘paper and printing’ (Figure 5). It should be noted that the unit consumptions may be influenced by intra-branch structural effects (see later) and by increasing or decreasing shares of electricity (as electricity is considered as final energy and is generally more efficient than fuels). 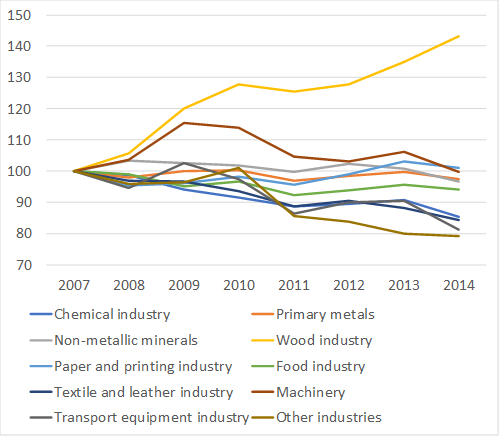 Breakdown of the variation in energy consumption since 2007

It shows that, in comparison with 2007, the significant reduction in energy consumption that happened in 2009 is essentially an activity effect (i.e. a percentage reduction almost equal to that of the output of manufacturing industry). In 2010, the reduction (yellow bar) is more modest, but remains essentially an activity effect. In the subsequent years, the structural and unit effects also have a significant contribution to the reduction in energy consumption. 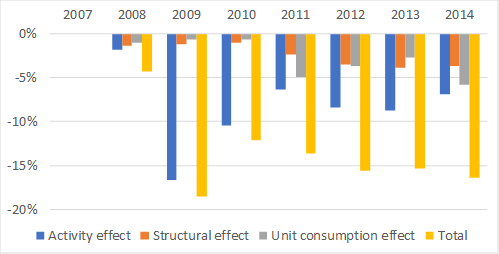 In 2014, the activity, structural and unit consumption effects represent a reduction of respectively 7%, 4% and 6% of the consumption in 2007. In absolute terms, this is respectively 22 Mtoe, 12 Mtoe and 18 Mtoe.

However, this indicator remains imperfect, mainly because of the structural effects taking place inside each of the branches. Examples of such intra-branch structural effects are: (a) product shifts from energy-intensive products towards less energy-intensive products or vice-versa (such shifts may have a significant impact in the chemical industry, which comprises pharmaceuticals and energy intensive petrochemicals or other base chemicals); (b) shifts in types of raw material, like the replacement of clinker by blast furnace slag in the cement industry; (c) process shifts, like the replacement of oxygen steel with electric steel. Some of these intra-branch structural effects may or may not be considered as energy savings, depending on the definition of energy savings that is used.

These intra-branch structural effects may be either positive or negative. Hence, energy savings may be underestimated or overestimated. 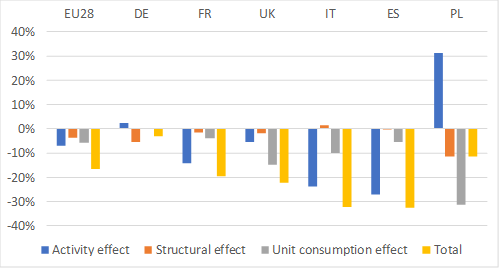 Among these countries, the unit consumption effect over the 2007-2014 period extends from 0% in Germany (where there is actually an increase for ‘chemical industry’ and ‘wood industry’) up to -31% in Poland. The structural effect ranges from +2 % in Italy to -11 % in Poland for the same period. Of particular note is the 31 % increase in activity effect in Poland. 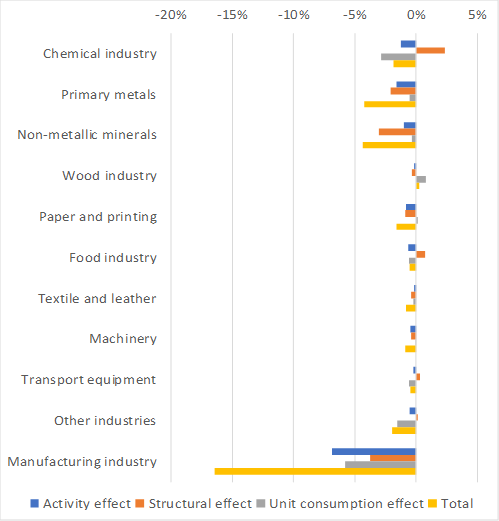 The unit consumption effect is mainly due to the chemical industry.

It should be noted that, within the same branch, energy savings in countries with a negative unit consumption effect may be hidden by increases in unit consumption (due to a shift in products for example) in other countries. 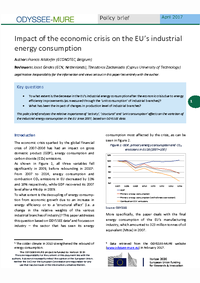